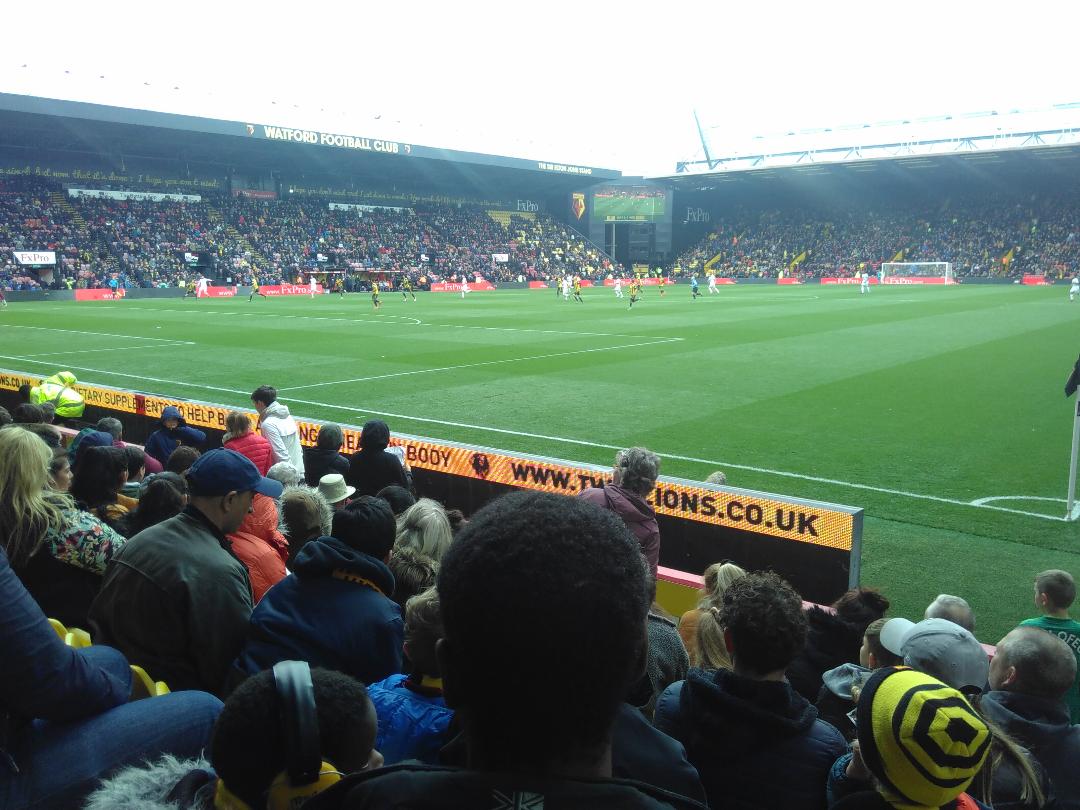 On Saturday the 27th of April, twenty of our youngsters and six volunteers were thrilled to be given free tickets to watch Watford play Wolves at Vicarage Road. While the match and the outcome were a far cry from the drama of the FA Cup semi-final three weeks earlier, everyone had such a brilliant time. Two of the youngsters who went to the game wrote the following:

“The opportunity to watch two big football teams fight for a higher place in the league was really exciting and exhilarating. And even though we lost it was a good game. Also the volunteers who took us there were really nice and they were looking after us really well. I would like to thank all of them.”

“The trip to the match was spectacular for many reasons. For example, the snacks were delicious as well as all the people were kind and respectful. Also, the choice of going to Watford vs Wolves was great as everybody enjoyed the time there. I really appreciated it and I want to thank everybody that took us there.”

← 2019 AGM Roundup
A heartfelt thank you from Isla and Alamini →